The Nikon CoolPix gave up the ghost, as noted previously, and for a while I didn’t think I’d bother replacing it. I don’t take many pictures, after all.

And yet. And yet.

I researched my options for a “bridge” camera, which is apparently the common term now for a device that’s not merely a point-and-shoot, but not a full DSLR or mirrorless body rig. In other words, a bridge camera is a fancy point-and-shoot. I avoided the Nikon brand, because that “take a picture, then vaporlock” bug seems to show up in several of their bridge-range models. Yuck. One particular model seemed to hit the sweet spot of being moderately well-reviewed (considering it’s a budget camera) and staying below my desired price threshold. And this week, after what’s been an absolute bastard of a month, I went ahead and ordered one.

My new piece of shutterbug gear is the Panasonic Lumix DC-FZ80, which came in at a bit under three hundred bucks (on sale).

Here’s the first pic taken with it, just a few minutes ago:

My first few shots show that I’ll be fighting against a certain amount of graininess, but thanks to my research I knew that before making my purchase. (The amount of money required to escape certain problems is… more than I’m willing to part with.) What’s definitely missing is the Nikon’s weird feather-shaped smudges when you zoom in on the image file. I was worried that those smudges were going to be common to all image-stabilization algorithms. Apparently, no, just the CoolPix has that bizarre quirk.

Hopefully I can dial in a combination of ISO (to reduce grain) and aperture (for depth of field) that gets me the kind of results I want on this new rig. Then… it’ll be time to (re)start the Rubber Duck Image Gallery Project!

They started me on a, well, starter dosage level of Metformin. Great, no problems, none of the scary side effects.

Then they had me ramp up, doubling the starter dosage for a week, then doubling again to the target amount. I was fine for that interim week, but within 36 hours after going to the full dosage I was miserable. I couldn’t even think about food without wanting to hurl, never mind trying to actually choke down a few bites to stay alive day to day. Last weekend was pure hell.

Luckily the doctor agreed to let me drop back down to the interim dosage, provided we scheduled a consultation to go over what we’ll do instead of the full Met amount. I started back on that lower amount Monday evening, and while it took two more days (and one very unpleasant night) to readjust, I’m finally able to actually want to eat food again… which is kinda nice, since without food I won’t stay above ground very long.

Hopefully the new/other medicine isn’t any more brutal to me than the full Met dosage was. Yuck.

I don’t have much to add to the previous post a few weeks ago other than to say that changing one’s diet and going on a short but potent list of medicines and adding an exercise regimen to the daily routine is… a lot to adjust to.

On the other hand, since my ability to stay above ground is contingent upon my getting the hang of my new circumstances? Well. Gotta do what I gotta do.

One night back in early June I woke up in pain. My foot was sending shooting pains up my leg. It freaked me out to the point of going online and researching symptoms online, which is always such a great idea, right? Yeah. Of course the first thing I saw was something I worked hard to dismiss because, hey, self-diagnosis online is a whole entire thing where people freak out without the medical knowledge to know better.

The actually-smart thing I did that night was resolve to get myself an actual primary care physician so I could talk to a professional about this pain & numbness & so forth going on in my feet.

A couple weeks later, I met my new doctor. We had a nice chat, I got my vaccines updated, and I was directed to get a “fast lab” (well named, it was quick and it involved not eating for nine hours beforehand). One thing and another ensued with work and such which meant I didn’t get around to visiting the clinic to get the lab done until… this morning.

Shortly after the end of the work day my doctor called me up to say, “yeah, you’re pretty clearly diabetic, and now it’s time to do some follow up tests and also get you started on medication ASAP.”

So. That’s my new life now. There’s a clear demarcation between this reality and the old one, and today’s that day. 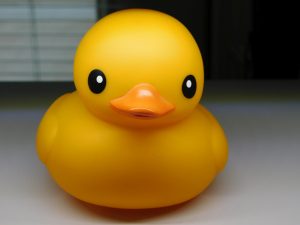 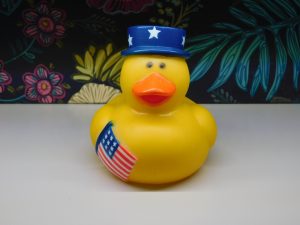 Did you know that a DVD case, placed label-up oriented across the width, fits perfectly in a comic book longbox? Until today I did not.

The problems with being an avid consumer of media are cost & storage. Over the decades I slowly accumulated a whole lot of books and DVDs and (more recently) Blu Ray discs and manga. What I have not accumulated is rooms in which to place shelving. Yesterday I looked around at the increasing piles of things that wouldn’t fit anywhere and decided it’s time for some archiving.

I took the opportunity to get all the DVDs into Libib, thus completing the “shiny platter” portion of cataloguing my media library. (Discogs has the music, Libib has the video content and some of the manga. I haven’t decided if I’m going to fully bail from Goodreads yet so the books & manga sections are incomplete.)

Sure, there’s a “shuffling the deck chairs on the Titanic” quality to all of this, but I feel better now that I’ve done something, so hey, whatever.