That’s one dorky mug, there.

Since it seems to be the thing to do, today:

1. Take a picture of yourself right now.
2. Don’t change your clothes, don’t fix your hair…just take a picture.
3. Post that picture with NO editing.
4. Post these instructions with your picture. 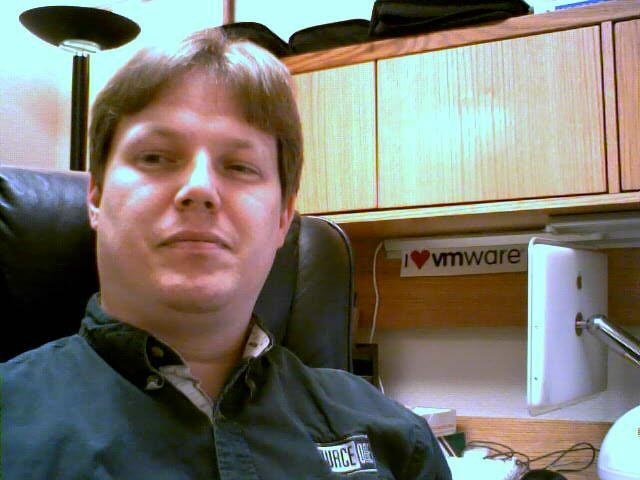 I really don’t photograph well, do I…?

The guy who draws Dork Tower posted a silly meme a few days ago, and I decided to hop on board. (Hey, I haven’t done one of these in a while. I think I’m allowed.) Mind you, I don’t use iTunes (no Ogg Vorbis support) so all I can do is make Winamp jump through the hoops. Luckily I’m already in the habit of using the Media Library…

First song that comes up on Shuffle: I’m With Stupid by Pet Shop Boys

Search the following and state how many songs come up: ******

* I’ve only recently gotten into the habit of using the Media Library. Otherwise there’d be songs with much higher play counts.

** I had to find this the old-fashioned way: Doing a date search in the file directory. Winamp seems not to track my “recently added” very well for some reason.

*** I’d have found the shortest “proper” song in the list, but I ran out of time this morning. The first dozen entries were “non-songs” of one sort or another. So I gave up.

****** In Winamp, file path and album are included in all searches. These numbers are therefore inflated a little bit. Yes, this annoys me but there seems to be no way to search only in the title of a song. (Argh.)

******* By no means is all of my Genesis music ripped to MP3 or Ogg. The same is true for most of my other favorite artists, actually. That first number (~5000 tracks) would be much, much higher if I really wanted to go crazy with the digital music library…

Ganked from one of my LJ reads, here goes:

1. http://en.wikipedia.org/wiki/Special:Random
The first article title on this page is the name of your band.

2. http://www.quotationspage.com/random.php3
The last four words of the very last quote is the title of your album.

3. http://www.flickr.com/explore/interesting/7days/
The third picture, no matter what it is, will be your album cover. (I recommend cropping it square, naturally.)

4. Use your graphics program of choice to throw them together, and post link to the result as a comment in this post. Also, pass it along in your own journal because it’s more amusing that way. 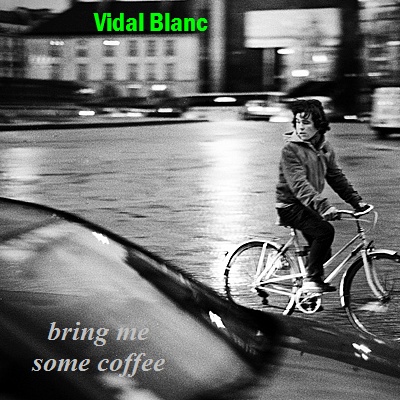 (Not bad for just using IrfanView on the laptop, eh?)

I did a meme over at the Ell Jay, so why not do a meme over here as well? You may remember my results from the first Nerd Test; apparently they’ve updated the quiz somewhat.

Well, it took me just about long enough to get to this, didn’t it? I’m going to use Mari’s version as my base, ’cause she based hers off of Lil’s rendition, and the idea is to keep adding on, so… yeah.

Oddly enough, I was able to add on, to the tune of two Stephen King books (I know, I’m as shocked as you are), one Russian literary work (by Solzhenitsyn, who I placed right after Dostoyevsky), and one other additional author because dammit, his stuff is among my favorite reading material of all time (Raymond E. Feist). That way whoever lifts my list will have just that much more material to work with. Cue maniacal laughter, here.

That said, I chose not to add Anne McCaffrey. That’s more work than I really want to go to at this point. Sorry. Anyway, let’s get on with the meme itself, shall we?
END_OF_DOCUMENT_TOKEN_TO_BE_REPLACED

I think the journey to get this widget was more interesting than what I get out of it in the end. Still, I went to the trouble so here you go: