The power supply finally came in! I rushed home to finalize the physical part of the build. Easy peasy. 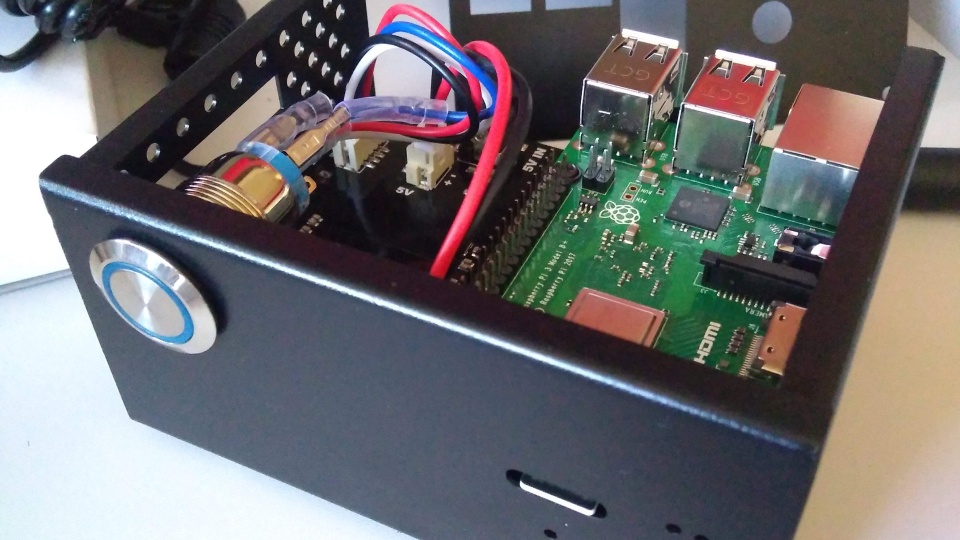 With everything assembled and plugged in, it was time to load the new operating system onto the MicroSD card (you can see it poking out just a bit from the front of the case in the above picture). I originally picked one of the purely music-player oriented projects but realized two things:

So I switched to OSMC, which is a Raspberry-Pi-specific build for Kodi. Once I got that loaded onto the SD card, I hooked everything up and pressed the power button. Lo and behold!

Could it really be that easy?

Well, no. I mean yes, but no. My next tasks were to install Samba (it’s an option inside of OSMC itself so that’s handy), update the IP to a fixed location so we can reliably reach the share from our computers, format and mount the 120GB SSD, copy over the music library, convince Kodi to load the music library, and create the first test BGM playlist. 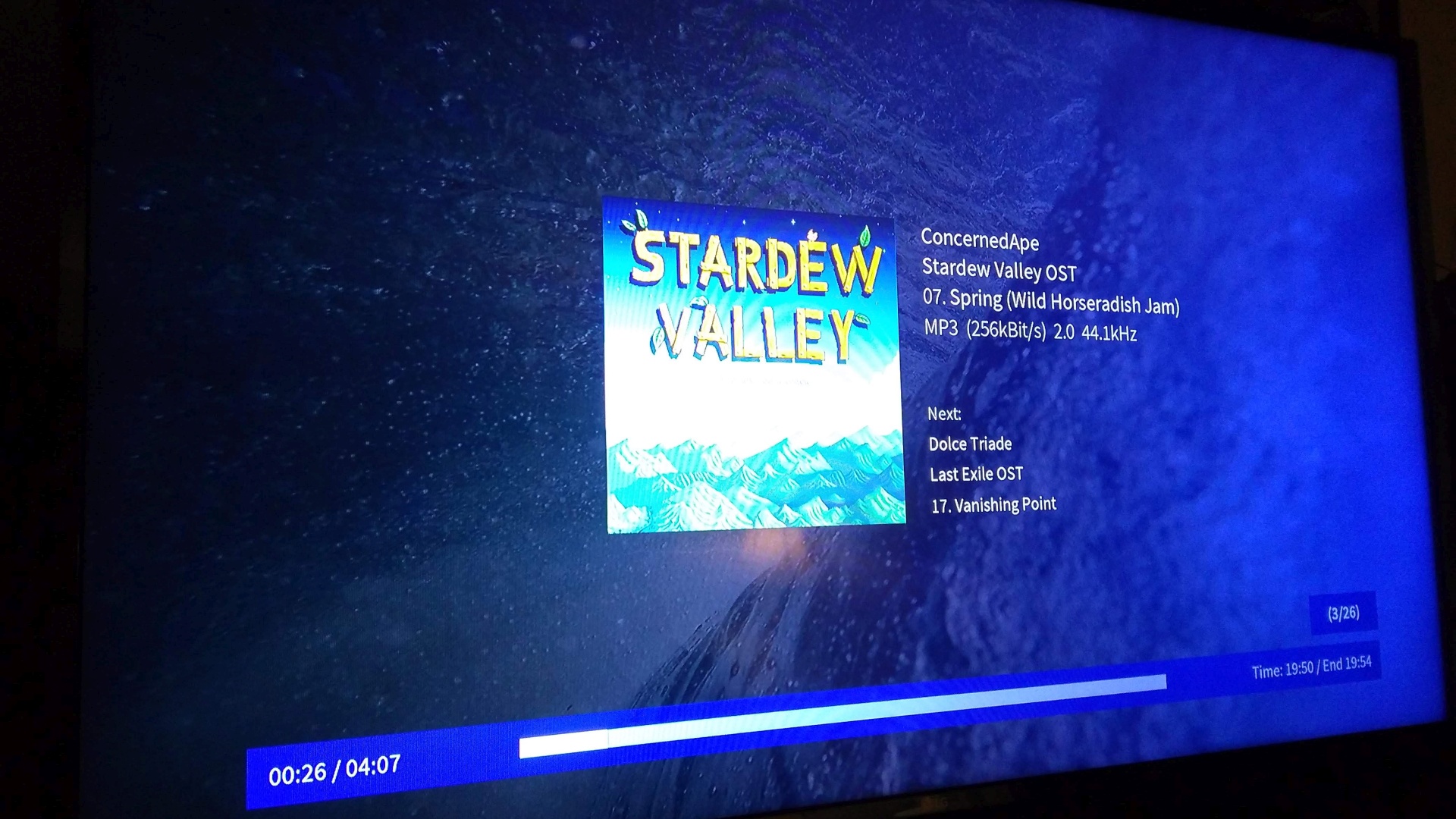 Would I recommend this to other tinkerers who want a living room music player that doubles as a shared network music library source? If you don’t mind dealing with tiny fiddly bits and are comfortable with some Linux command line shenanigans… yes. So far I’m quite pleased.

I wish the Pi version of Kodi had visualizations. I’m going to miss that.

I should go out on an adventure in the blustery drizzly damp, y/n? [...]

The problem with taking time off from work is that it's not like I'm going to go anywhere, and now I'm even more keenly aware of how terrible the neighbors… [...]

Day One of mini-staycation: Spent most of the morning playing #FireEmblem Engage, and now we're going to get our weekend grocery shopping out of the way a couple of days… [...]

@violetblue Oh, I just love seeing that layoffs tidbit including Sophos, the vendor we just deepened our financial relationship with. *long dead-eyed stare into the abyss* [...]